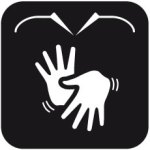 Rediscovering the Academic World of Knowledge: are there any communities, cultures, disciplines without Translation(s)?

It has often been stressed that, in scholarly terms, asking questions may imply that we have almost solved them. However, there can be no evidence that the question formulated in the title of this abstract can be solved in terms of “Yes” or “No”. The first evidence is that the World of Knowledge, Translation Studies included, seems not really to have worried about the issue. And there may be sound reasons for (re)considering things in the Age of Globalization.

Ministers, Parliaments as well as Rectors happened to worry in recent days about languages, in particular about the use of English, and hardly at all about the lingua francas as such (in more fundamental terms) nor about translation/communication. While it is not amazing at all that the political world reduces the language topic largely to its political components, it is rather embarrassing that Rectors and even the scholarly world, the language departments included, hardly feel the need to update their research agenda in relation with “the words/languages of the World” (de Swaan 2001; Chew 2009). They reduce their discussions, often without widening the scope, to the dominance of a few languages and to the apparent monopoly of one particular lingua franca, be it the first one to function as a “global” lingua franca. Given the ambitions expressed in the name “university” (Universe-City), the language departments of the entire globalizing world ought to feel heavily compromised by the eclectic world view of academia – and international organizations, such as UNESCO or the European Union – who exclude the language matter from their research agenda and who – all in one movement – share the idea that communication in the Global Village (the Communication Society) is submitted to basic redefinitions.

In case universities are – really – scholarly communities (Communities of Practice: Wengers 1988), one cannot understand how the question of language(s) can be disconnected from communication in the bureaucratic structures of academia: the language(s) of the media, the language(s) of the Internet, which are more and more translated discourse, are neither treated in linguistics nor in communication studies. Obviously, the “global (?)”  interdisciplinarity of universities  is heavily at stake.

It has been established that communication (technology) has a heavy impact on the dynamics and structure of communities (Anderson 1982; Hobsbawm 1996). It is one of the heavy merits of (socio)linguistics – among others – to have demonstrated that the world of languages cannot be reduced – nowhere, never – to the world of national languages. It is one of the merits of Translation Studies to have demonstrated that languages/multilingualism would collapse without translation (Fishman 1993): “No language policy without a translation policy” (Meylaerts, forthcoming).

Which means that the scholarly agenda needs to be heavily updated in relation with (1) translation, (2) language(s), (3) multilingualism as well as (4) communication.

Hence there can be no doubt about the new language(s) of universities as communities, which is (are) one of the (very) dark spots of interdisciplinary academic research.

In case multilingualism, Translation Studies and Communication Studies happen to discover their new responsabilities, only mutual and multilateral interaction between many departments can lead into a new academic world of knowledge. The function and position of translations in society, in religion, in legislation and medicine cannot be defined by translation scholars only. As the Internet shows from the morning to the evening, (translated) communication is an issue for Universe-City.

Humboldt was not only one of the most important philosophers of language and one of the founding fathers of comparative linguistics but also a creative translator.  His translations of Pindar and Aeschylus are still decisive documents of the most active period of translations from the languages of the world into German. Humboldt’s introduction to his translation of Agamemnon (1816) presents the problems of translation on the basis of a new understanding of the depth of linguistic structures and semantics (as well as metrics). Together with the famous essays on translation by Hieronymus, Luther, Schleiermacher or Benjamin, Humboldt’s preface to Agamemnon iis on of the classical text of the theory of translation, and perhaps the first one based on a deep understanding of the structural diversity of human languages.

Interdisciplinarity as a built-in feature of translation studies

Translation studies are essentially an interdisciplinary affair, as it may be gathered from publications dealing with the subject, as well as from the wiki for translation studies in the Wikipedia and the conference themes listed for the recently held First International Conference on Interdisciplinary Translation Studies. This point is made as a way of opening the discussions related to the round table talks. The example of machine translation is then briefly developed in what regards corpus-based approaches, communication via web and the strucutural variety of human languages, thus introducing topics which are to be subsequently developed by researchers taking part in the session.